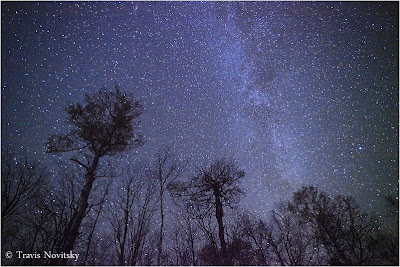 Over the weekend we were hoping to see some Northern Lights, but no such luck in that department. We did, however, have fun photographing the Milky Way Galaxy! This is also a landmark photograph in that it is the first one on my website that was shot at ISO 12,800! Normally an ISO setting that high would have too much noise to be a usable shot, but I think because of the cold air last Saturday night (temp was in the low 30's), the sensor didn't heat up as much as it normally would and thus I was able to shoot at higher ISO's than I normally do. At any rate, I hope you enjoy the photo! 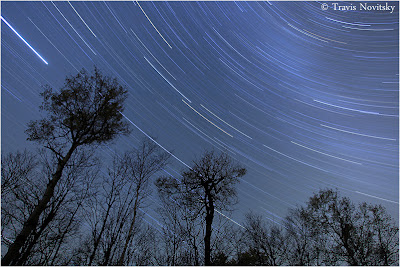 Above: "Sweeping Stars" - The same composition as the previous photo, only this one was a 75 minute exposure.
Posted by Travis Novitsky at 1:14 PM No comments: 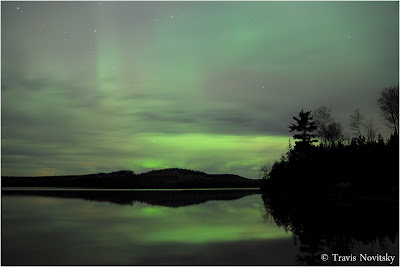 I had gotten home from work yesterday evening and was pretty tired so after an early dinner I laid down for a nap. I woke at 9:00 PM and decided to check spaceweather.com to see if there were any CME's (Coronal Mass Ejections from the sun) recorded during the day. To my surprise, there was a fresh Aurora picture and news of a CME that hit our atmosphere earlier that evening! I then checked the Auroral oval and the kp index which indicated STORM level, so within a few minutes my photography gear was loaded in the truck and off I went to do some shooting. 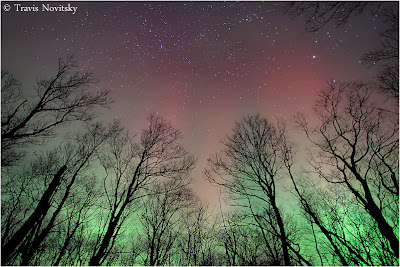 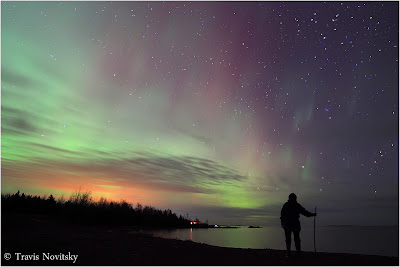 I spent the next 6 hours making images of the Northern Lights. I went to several different locations and recorded several hundred images throughout the night, including some sequences that I combined into a timelapse video. The most intense and colorful lights occurred between 2:00 and 3:00 AM, with pillars of light dancing sideways across the sky, dominated ultimately by some deep red hues. It was a fascinating night of picture-taking and Aurora-watching! 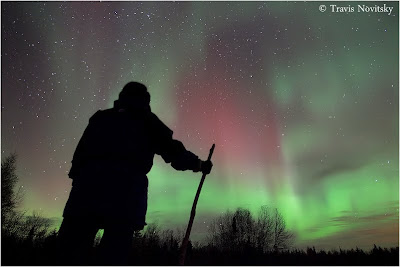 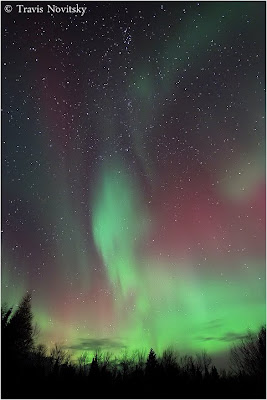 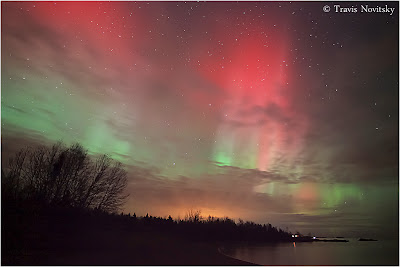 Posted by Travis Novitsky at 1:13 PM No comments: 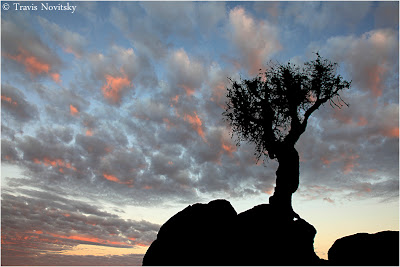 A recent sunset image taken down at the tree. Normally this is not a very good place for sunset photos, but I got lucky on this evening as the clouds lit up in a rather interesting fashion with all these little splotches of color. The color only lasted for a couple of minutes, so it's a good thing I was there at the right time otherwise I would have missed it!
Posted by Travis Novitsky at 1:11 PM No comments: 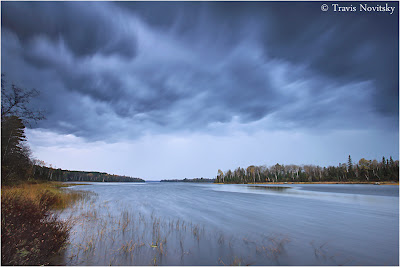 Yesterday as I was driving home from Ely there were some of the coolest looking storm clouds I've ever seen moving along the Kawishiwi River. I couldn't resist stopping and making some photographs! 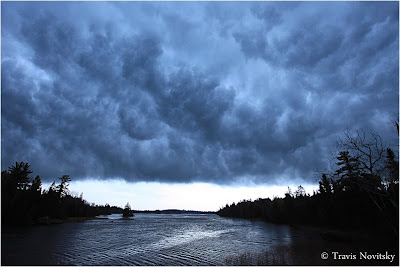 Posted by Travis Novitsky at 1:10 PM No comments: 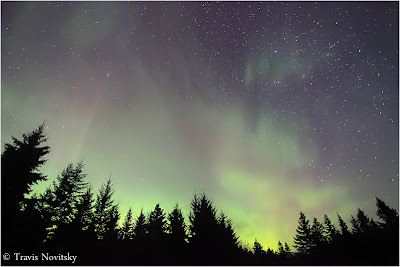 I have quite a few pictures of fall colors and such from last weekend that I should be working on, but what can I say... I have Aurora Fever! I keep getting drawn back to shots that are in my "waiting to be worked on" folder. This one was taken at 2:00 A.M. in the morning on September 28. For about two hours I had been watching faint but active Auroras, then just before 2 A.M. they got noticeably brighter just before a big, dark cloud bank moved in. This is my favorite shot from that night. Enjoy!
Posted by Travis Novitsky at 1:08 PM No comments: 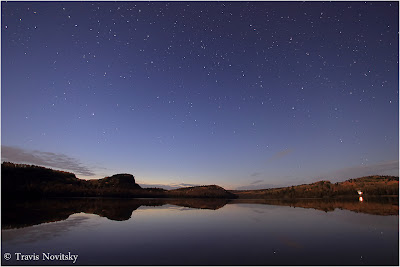 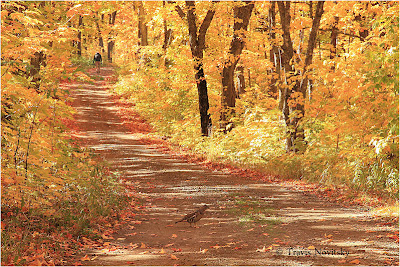 Ruffed Grouse and hiker on a backwoods road in Northeast Minnesota.
Posted by Travis Novitsky at 1:07 PM No comments: 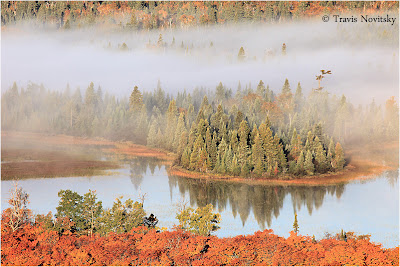 Taken Saturday morning of last weekend. An overnight low temperature of 28 degrees made for some beautiful fog over the inland lakes Saturday morning. Fog combined with fall colors... not many things make for better photos conditions!
Posted by Travis Novitsky at 1:06 PM No comments: 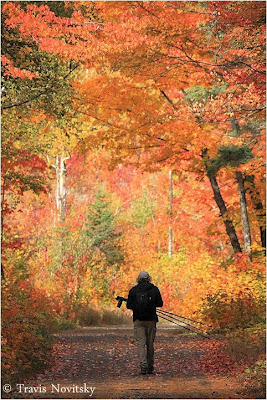 This past weekend was a "Fall Photo Adventure" with 3 very good photographer friends that came to visit Grand Portage for a couple of days. My good friend Roger was accompanied by his brother Ralph from California, and Jake (Gary Jacobson) joined us from the Twin Cities. We had loads of fun, not nearly enough sleep and came away with more great shots than we can count! The fall colors this year have been incredible and their visit on this weekend couldn't have been timed more perfectly for the peak color. If you'd like to check out some of their photographs, here are their websites:
Roger Nordstrom: http://www.rogernordstromphoto.com/
Ralph Nordstrom: http://ralphnordstromphotography.com/
Gary "Jake" Jacobson: http://www.frozenshutter.com/ 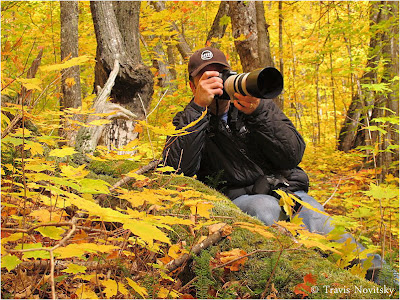 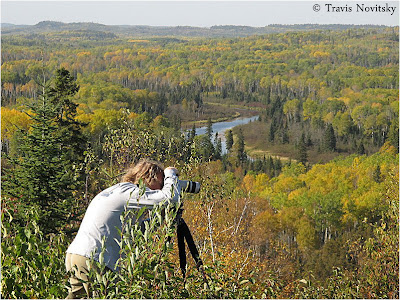 Above: Roger capturing the view of the Pigeon River valley 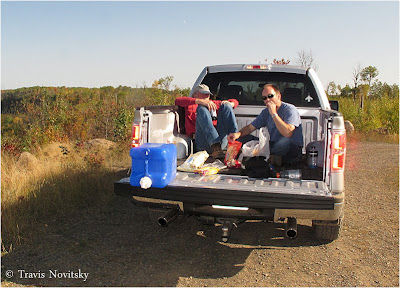 Above: Ralph and Jake enjoying a roadside lunch 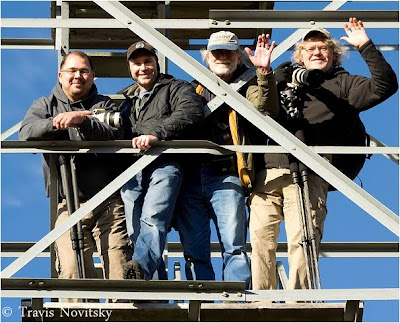 Above: The whole crew on one of the local fire towers. From left to right: Me (Travis Novitsky!), Gary "Jake" Jacobson, Ralph Nordstrom, Roger Nordstrom. 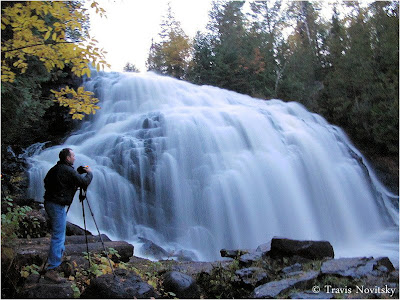 Above: Jake shooting the waterfall 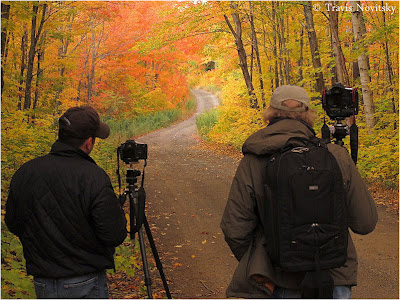 Above: Jake and Ralph figuring out their next shots 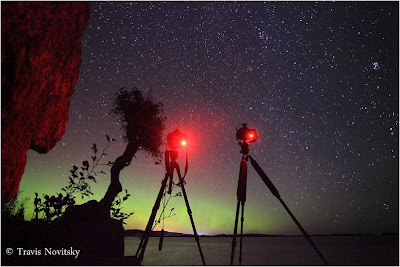 Above: On Friday night we were doing some star shooting and were treated to a nice surprise showing of the Northern Lights! 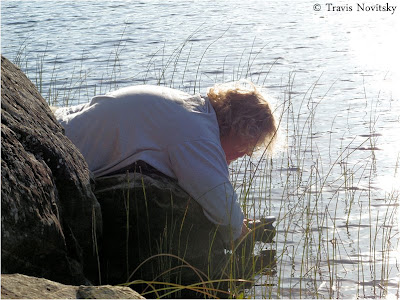 Above: Roger is always looking for unique angles 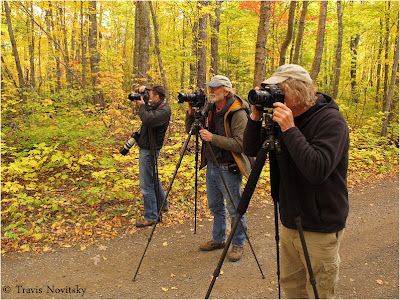 Above: Photographers all in a row! 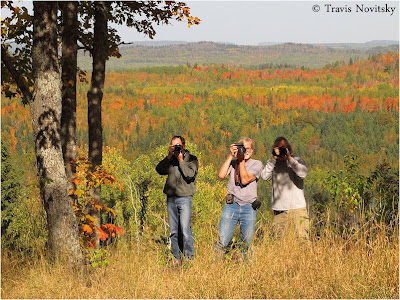 Above: The guys posing with their cameras 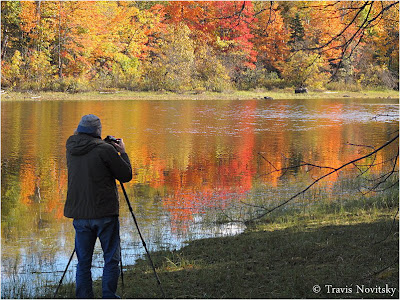 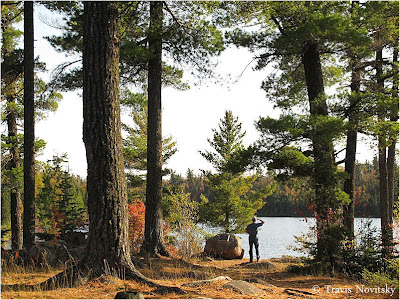 Above: Jake takes in the view at Esther Lake 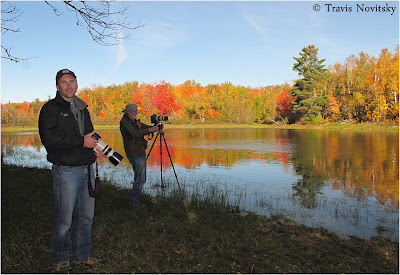 Above: Jake and Ralph shooting along the shoreline of a beautiful Northwoods lake!
Posted by Travis Novitsky at 4:01 PM No comments: