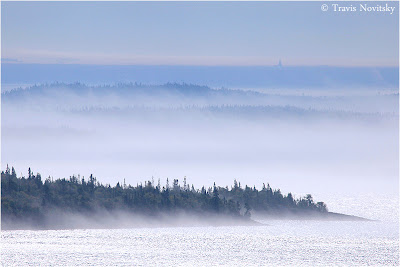 Susie Islands and fog in late August. Rock of Ages Lighthouse (part of Isle Royale National Park) can be seen in the distance on the horizon.
Posted by Travis Novitsky at 3:42 PM No comments: 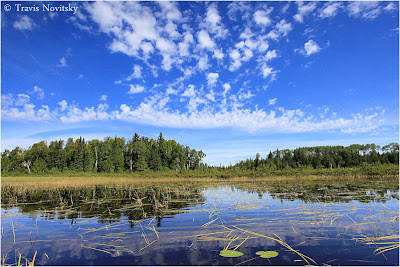 I spent a good portion of today kayaking on the Brule River and Northern Light Lake. My hope was to see Moose, but that did not happen. I did, however, see two Bald Eagles, a Kingfisher and several ducks. It was a beautiful day to be on the water!
Posted by Travis Novitsky at 3:41 PM No comments:

August thunderstorm on a moonlit night 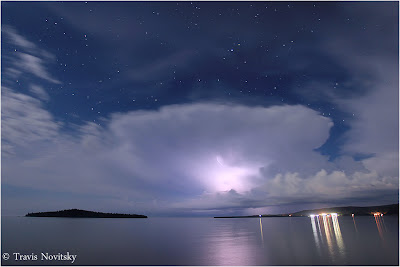 This photo was taken at 1:05 A.M. this morning. I was up late last night watching a movie when I started noticing a lot of flashes outside my living room window, which overlooks Grand Portage Bay on Lake Superior. I grabbed my laptop and pulled up the weather radar, which showed a thin but very intense line of thunderstorms heading our way. Right then and there the movie I had been watching was forgotten. I gathered my camera gear and walked down to the beach in front of my house. 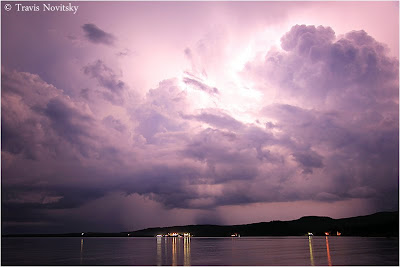 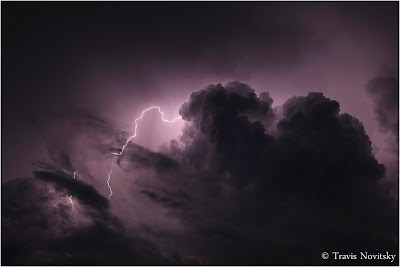 The next hour was some of the most fun I've ever had with my camera. Usually when thunderstorms move through our area it is pouring rain before I can get any good shots of the lightning. This night, however, was different. When I got down to the beach I saw this very cool cloud out over the West side of the bay, which had lightning flashing inside of it every few seconds. The sky right above me was clear and full of stars. The sky above and to my left had the moon, which provided for some nice lighting of the bay. 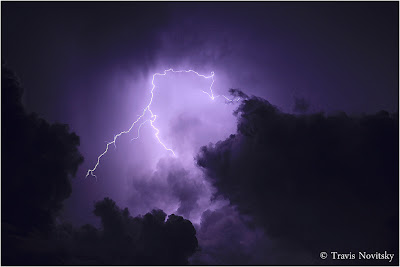 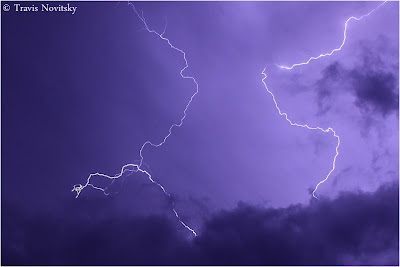 The line of thunderstorms was moving very slowly and I was able to take well over 100 photos that night before the rain finally hit. I watched in awe as the clouds and the lightning moved out over the lake, then slowly appeared to swing back in towards the East side of the bay before closing in and completely covering the sky and blocking the view of the moon and the stars. Moments after the moon and the stars disappeared it started to rain. Thankfully, though, I could tell this was coming and had already packed up my gear and started walking up to the house. Just as I was getting to the front door it started to pour, which signaled the end of a fantastic night of shooting!
Posted by Travis Novitsky at 3:26 PM No comments: 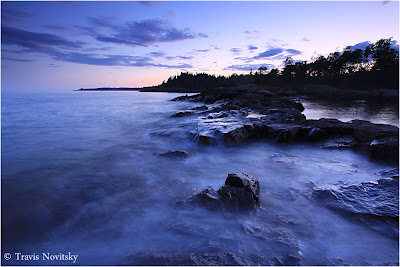 Seems like my focus this summer has been on wildlife, but I have been getting the occasional landscape shot or two. Here's a fairly recent one from the Lake Superior shoreline near my home.
Posted by Travis Novitsky at 3:25 PM No comments: 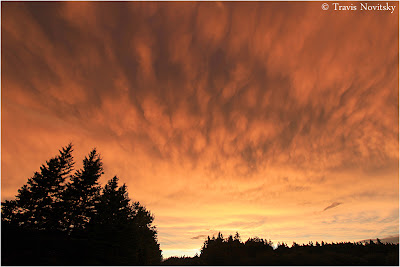 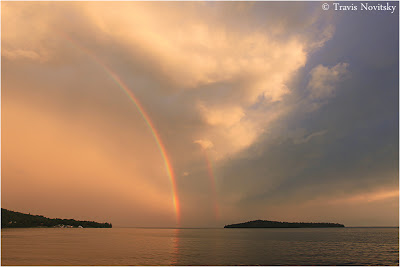 This photo was taken last night at sunset just after a brief thunderstorm passed over Grand Portage Bay.
Posted by Travis Novitsky at 3:24 PM No comments: 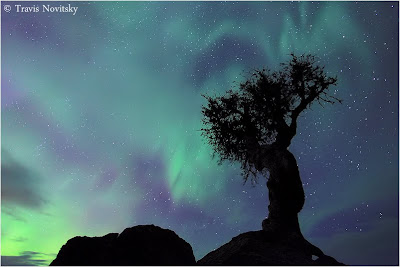 With all the buzz about the possibility of strong auroras on the night of August 5th/6th, I was disappointed as sunset rolled around to see our sky filled with clouds. I am always optimistic, however, and as the evening progressed I made 2 to 3 checks every hour to see if the sky was clearing. Sure enough, just before midnight, I noticed a break in the clouds and in that break I saw some nice auroras! I went out the door and headed to my favorite spot to photograph the display. For an hour and a half the sky was filled with dancing lights, some of the best I've ever seen in Northern Minnesota! 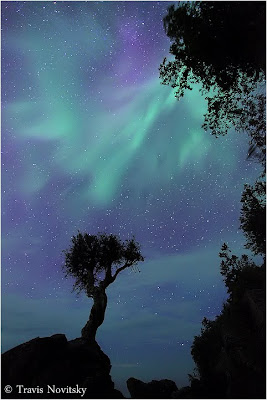 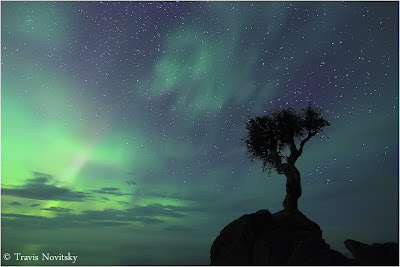 Above: Here is a view that shows just how strong this geomagnetic storm was. This vantage point of the Spirit Tree is actually looking East/Southeast. Most of the time when shooting the Northern lights at the tree I have to shoot the other profile of it, which is looking to the North. I've always wanted to get a nice strong aurora so I could photograph them behind the tree from this other angle, which is a more Southeasterly direction. Well, on August 6th, 2011 I got my wish! 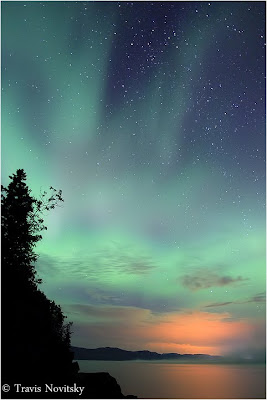 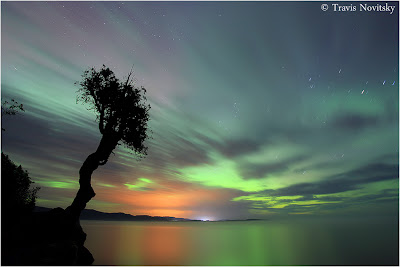 Posted by Travis Novitsky at 3:23 PM No comments: 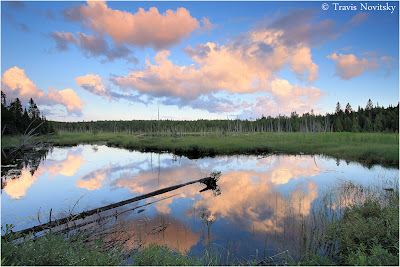 The sky over North Lake at sunset this evening was AMAZING!
Posted by Travis Novitsky at 3:22 PM No comments: