Shooting the Twin Cities at night 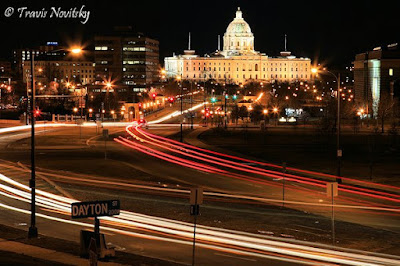 Today I left home for a 3 week road trip to the southwest, with the primary destinations being in southern Utah and northern Arizona. On my way through the twin cities of Minneapolis and St. Paul I stopped to create some night images of the cities, which is something I've been wanting to do for a very long time. As I drove towards the cities I wasn't sure if I would even be able to do any shooting or not, since the forecast was calling for snow later that night. Luck was with me as the snow held off long enough for me to get the shots I wanted. Tomorrow I'll be in Nebraska to spend a day or two photographing Sandhill Cranes on the Platte River. 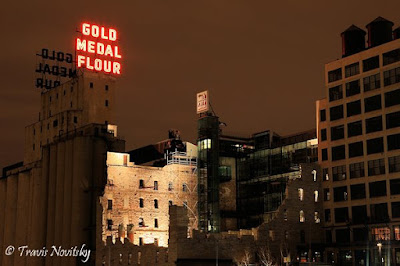 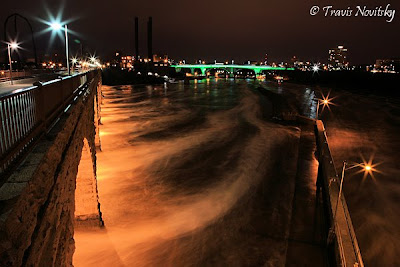 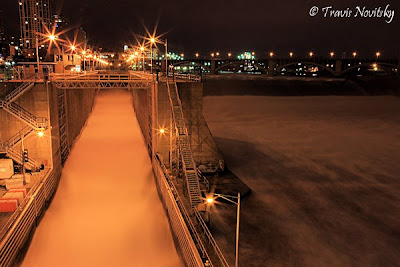 (Above: The St. Anthony locks were wide open, to let the high water run through.) 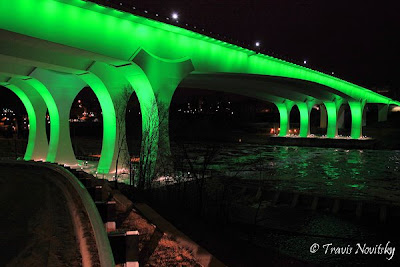 (Above: the I-35 bridge is lit with these really powerful lights, which I've heard can change color. On this particular night they were green. It looks like a martian bridge!) 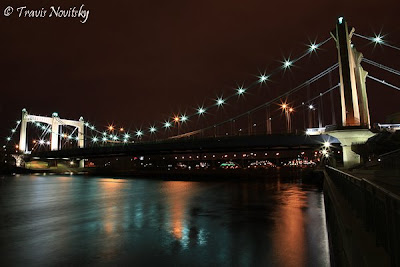 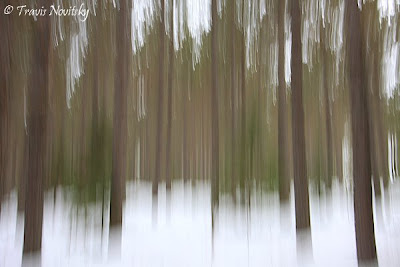 Here are a few shots taken over the last few days. I haven't done a lot of shooting as I have been pretty busy working on other things, but I have gotten out here and there. The image above is a 1/2 second exposure with a short pan upwards from bottom to top. Taken on a day of shooting with my friend Roger (http://www.rogernordstromphoto.blogspot.com/) who was actually my inspiration for this shot. Roger showed me a similar picture that he had taken, so I decided to try one of my own within this stand of pine trees on Old Highway 61. 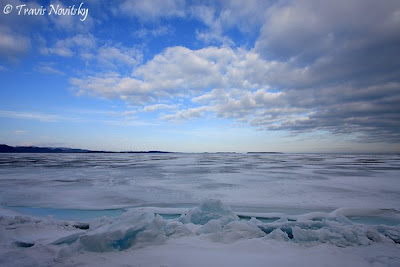 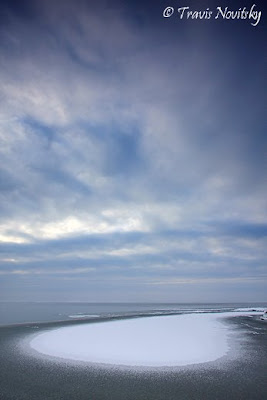 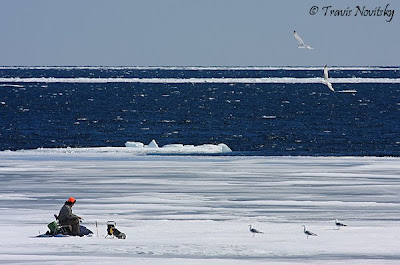 (Above: Ice fisherman and gulls on Wauswaugoning Bay)
Posted by Travis Novitsky at 11:03 PM No comments: 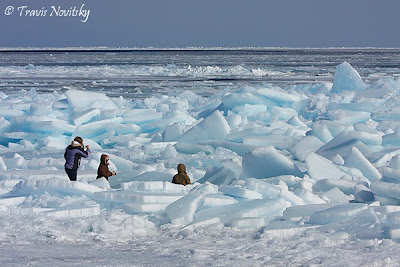 If you want see cool piles of ice, Brighton Beach is now the place to be. The ice piles that were so high at Stoney Point earlier this winter are now but a memory. Brighton Beach (also known as "Kitchi Gammi Park") is right on the edge of Duluth, just past the mouth of the Lester River. A visit to the beach is not only interesting because of the ice, but also because of the people. Folks have been going out in droves to see and climb around on the ice, which is nice because it helps add a sense of scale to any photographs that one takes. After spending about an hour at Brighton Beach, I took the scenic drive from Duluth to Two Harbors. As I neared the mouth of the French River, I started noticing quite a few people ice fishing along the shoreline. I noticed one guy who looked like he was reeling in a fish, so I pulled over to the side of the road to watch. He circled his hole in the ice about a dozen times, working the fish, wearing it out. Eventually he dropped to one knee, reached into the hole and pulled out a nice prize. He immediately called out to his buddies who were further down the shore, and raised his fish into the air so they could see. Yes, it was a good day for all to be on the lake! 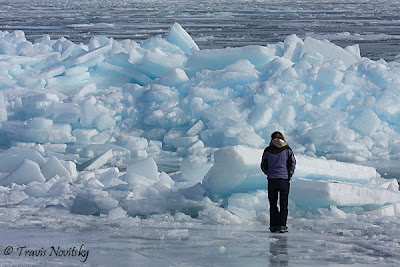 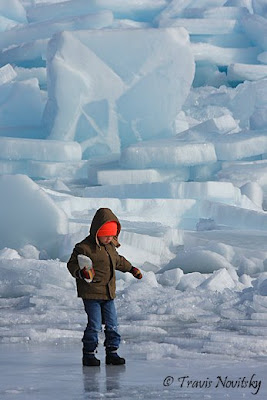 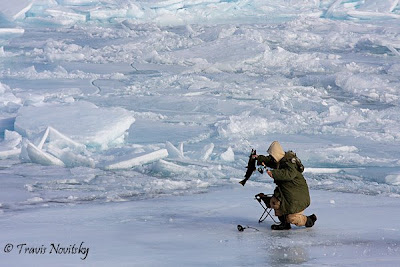 Posted by Travis Novitsky at 11:51 PM No comments: