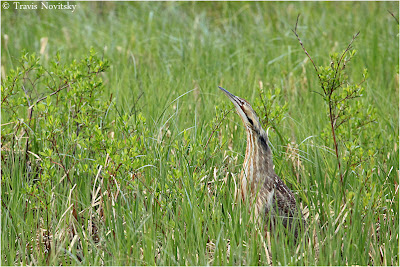 Spotted this fellow the other night while driving around the backroads of Grand Portage. I consider myself lucky for spotting this guy as we drove by this meadow, as these birds are NOT easy to see when they are standing in the tall grass like this!
Posted by Travis Novitsky at 3:42 PM No comments: 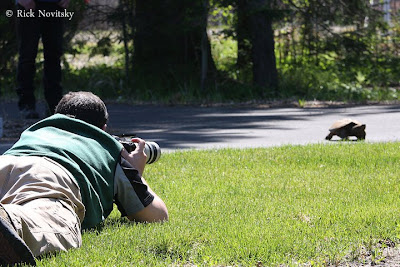 Had a pretty cool experience at work today, there was a Snapping Turtle that walked right across the main sidewalk in front of our visitor center, then through the woods and down to the Pigeon River. We were guessing that she had probably come up away from the river in order to lay her eggs in the soil somewhere near the visitor center. 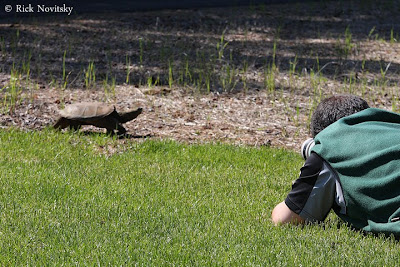 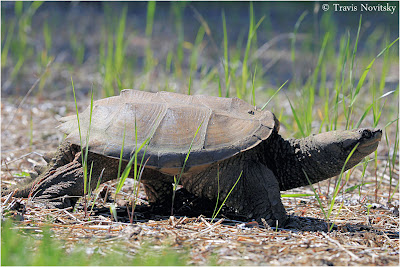 Posted by Travis Novitsky at 3:42 PM No comments:

May Moonrise at the Spirit Tree 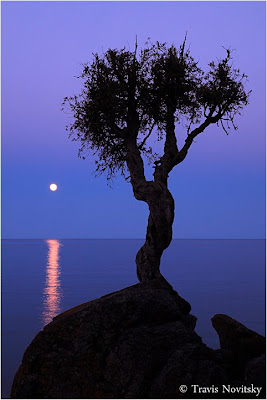 On May 16, 2011 I headed down to the Spirit Tree in the hopes of catching the moon rising just to the left of the tree. Based on past experience (and some checking of references online) I knew there was a good chance the moon would rise where I was hoping it would on this evening. This particular evening was also chosen for the time of the moonrise, which was supposed to occur just before sunset, meaning there would still be some light in the sky as the moon rose. Everything came together for a wonderful evening of photography :-) 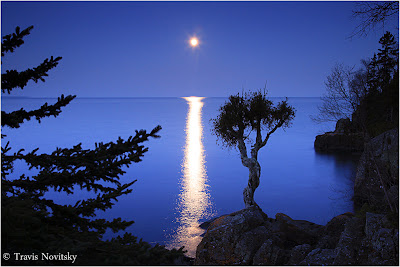 Posted by Travis Novitsky at 3:41 PM No comments: 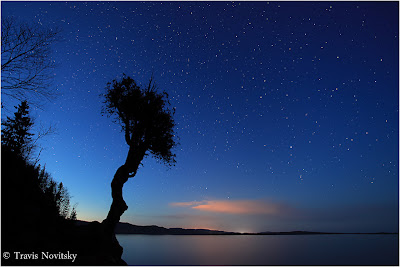 There is a magical period of time each day that lasts for maybe 15 minutes during which you can capture the last bit of blue in the sky along with a sky full of stars. On the evening of May 6, 2011 I was fortunate to have ideal conditions for capturing this special moment in time. The sky was not yet completely dark (meaning I could still capture plenty of blue in the sky), yet it was dark enough that plenty of stars were visible. This image was made using my Canon EF 17-40mm lens, exposure length was 25 seconds, aperture f4, ISO 1600.
Posted by Travis Novitsky at 3:40 PM No comments: 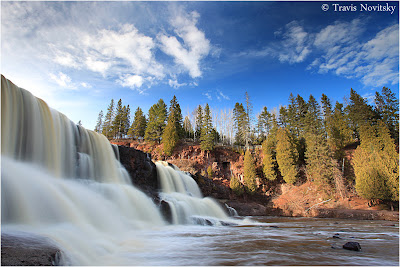 Had a great evening and night doing some photography at Gooseberry Falls and Temperance River. Sunset and twilight at Temperance was AWESOME. Such a beautiful evening :-) 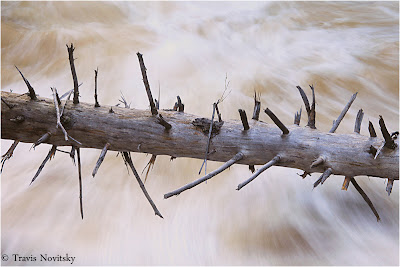 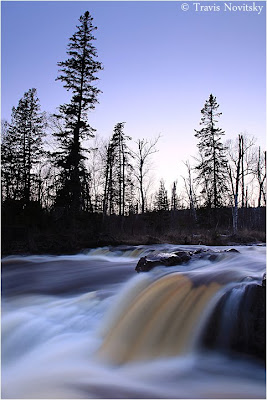 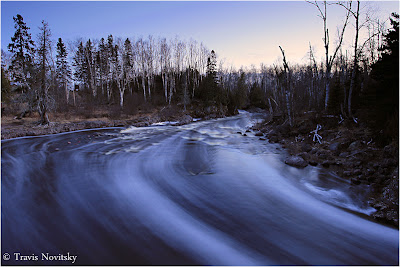 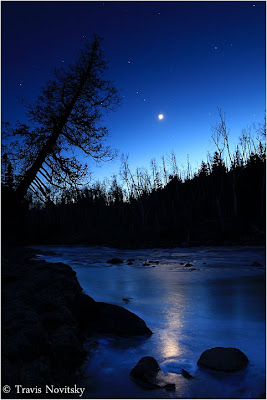 Posted by Travis Novitsky at 3:39 PM No comments:

The image below was made at 2:38 A.M. on the morning of April 30, 2011. I usually check the aurora forecast around sunset or slightly before to see if there is any chance of northern lights and sure enough, the forecast models were predicting a decent chance of seeing the lights on this particular night. So, as soon it was dark enough, I began my ritual of walking out into the backyard every 15 to 20 minutes to check the sky. At a little after 10:00 P.M. I noticed the first hint of the Aurora up in the sky. I quickly gathered my gear and headed out to my first preferred location for shooting the lights. 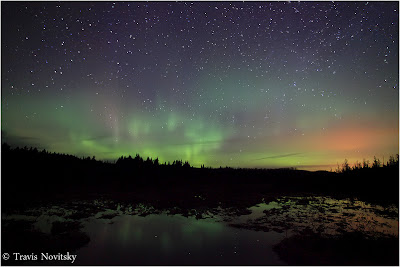 After an hour and a half of watching, all I saw was just a faint glow in the Northern sky. I headed back home just before midnight to grab a snack, with the plan to head back out to a different location for a couple more hours. After my snack I headed back out, picking up my friend Jessica along the way. She had never seen the northern lights before, so I was really hoping they would put on a good show. We arrived at the next location about 12:30 A.M. and could still see only a very faint glow in the sky. I had two other locations I wanted to check, so we went to each of those spots and watched for a while, again seeing just a very faint glow. 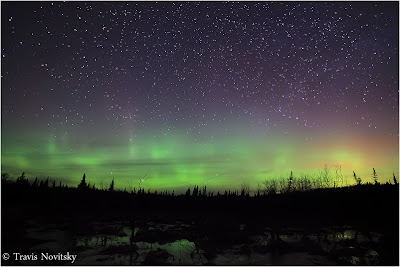 At 2:00 A.M. we decided to start heading back and as we were driving past one of the spots we had previously stopped at, I noticed the lights were starting to get brighter and more active. I parked the truck and we got out to watch for a bit. As soon as we got out of the truck the lights were dancing and shimmering slowly just above the horizon. Jessica was quite excited, she hadn't really expected to see a good show her first time out but indeed here it was! It's pretty cool to share someone's first experience with the Aurora. They never know quite what to think :-) One thing's for sure, they are pretty much guaranteed to be blown away by the "cool" factor of this, one of nature's most amazing spectacles.
Posted by Travis Novitsky at 3:57 PM No comments: